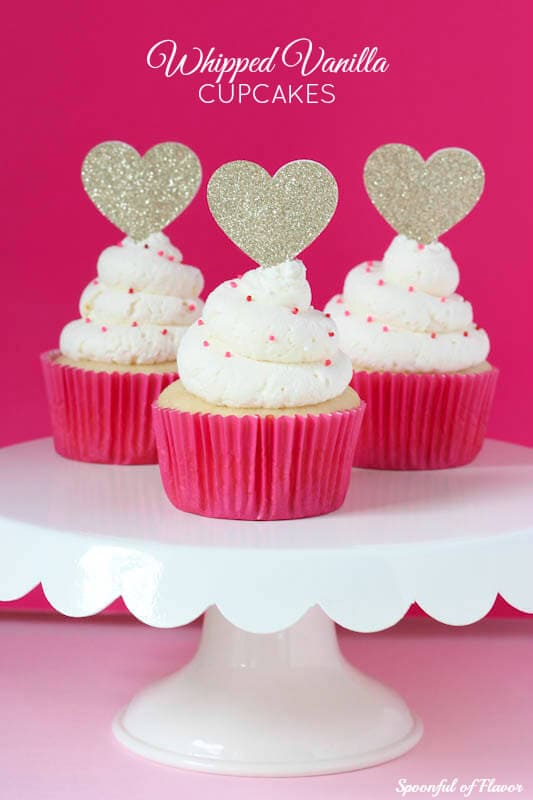 When I first started brainstorming names for this blog, the first thing that popped into my head was “Pretty Little Cupcake”. After all, I love cupcakes because they are relatively easy to make but are always an impressive treat. While I loved the name, I didn’t want people to expect that I was only a cupcake blogger, so I went with Spoonful of Flavor instead. And I’m glad that I did, because now I can share with you a wide assortment of my favorite recipes. Today, I’m sharing these whipped vanilla cupcakes which are a lighter and more delicate alternative to the standard vanilla cupcake.

Not only are they pretty but they are also the perfect little cupcake. It is like a cloud of frosting sitting atop a delicate pillow of cake. Adding whipped cream to the cupcake batter results in a light and airy cupcake. Sometimes frosting can be too sweet or heavy. This frosting is light with a subtle hint of sweetness. Brad declared the frosting the best that I have ever made. I took that as a huge compliment because he isn’t a big fan of cupcakes or frosting. But he loved these cupcakes.

This recipe is adapted from Sweetapolita. She is the queen of cupcakes and cakes. All of her recipes comes out perfect and the flavors are incredible. I always head over to her blog when I am looking for an exceptional cupcake recipe. 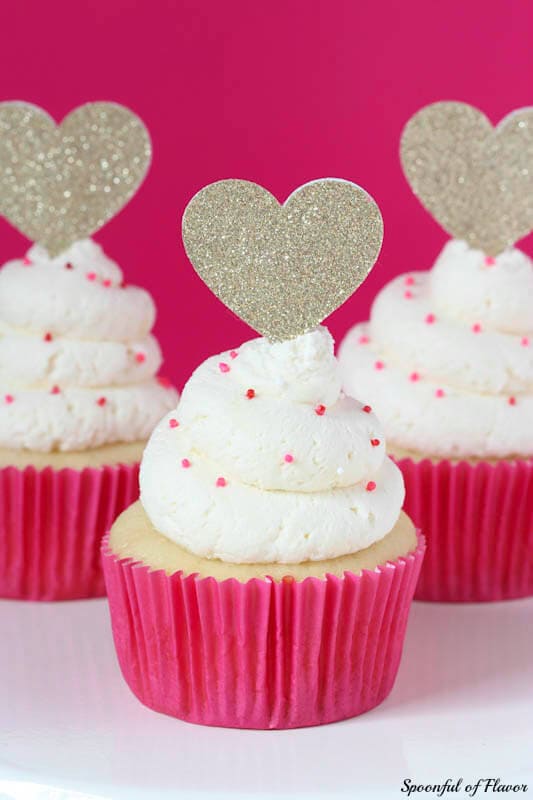 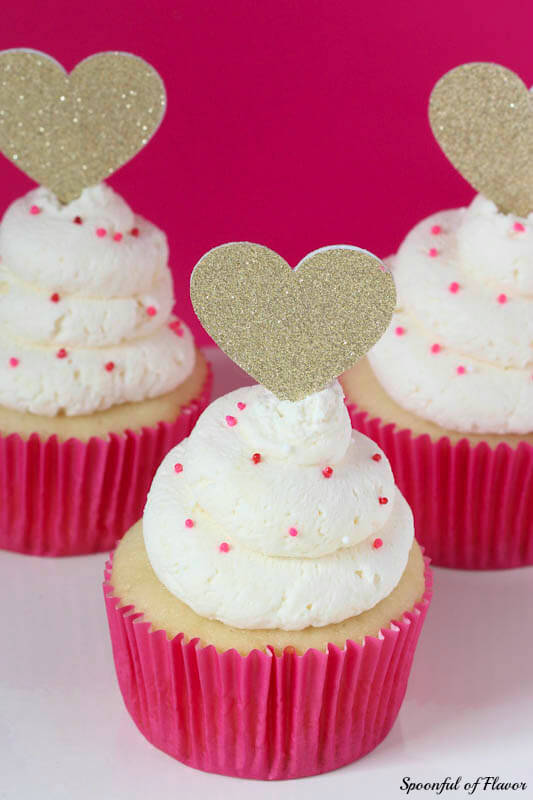 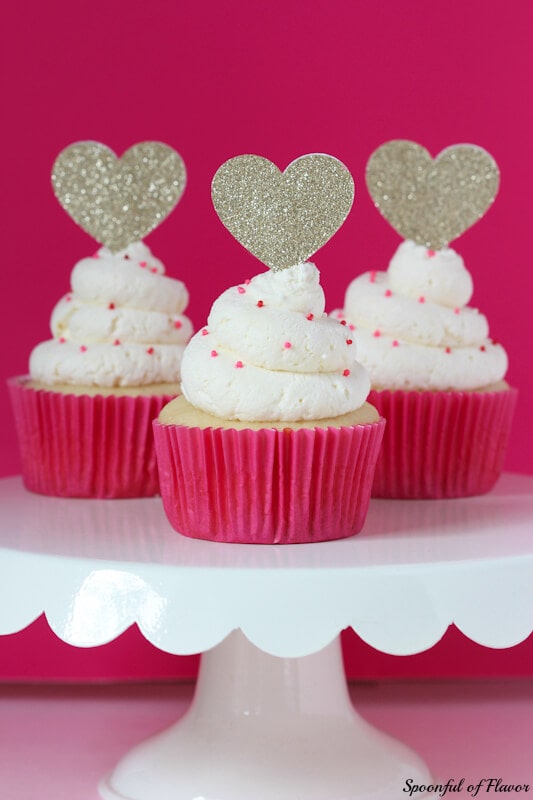 These whipped vanilla cupcakes are perfect for when you want something impressive, but don’t want to make a standard vanilla cupcake. Go head, indulge and start the week off with a pretty little cupcake! 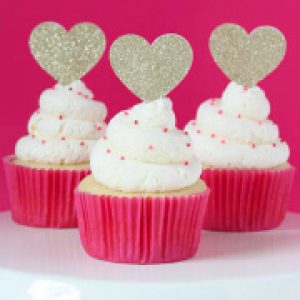 To prepare the frosting: 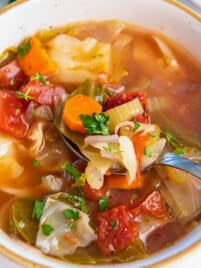 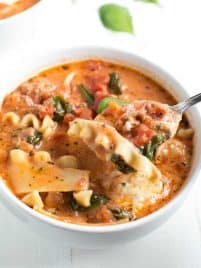 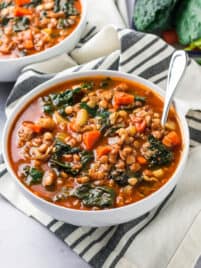 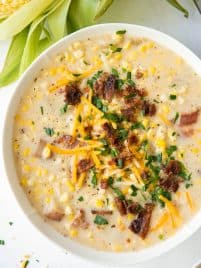 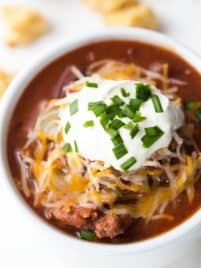