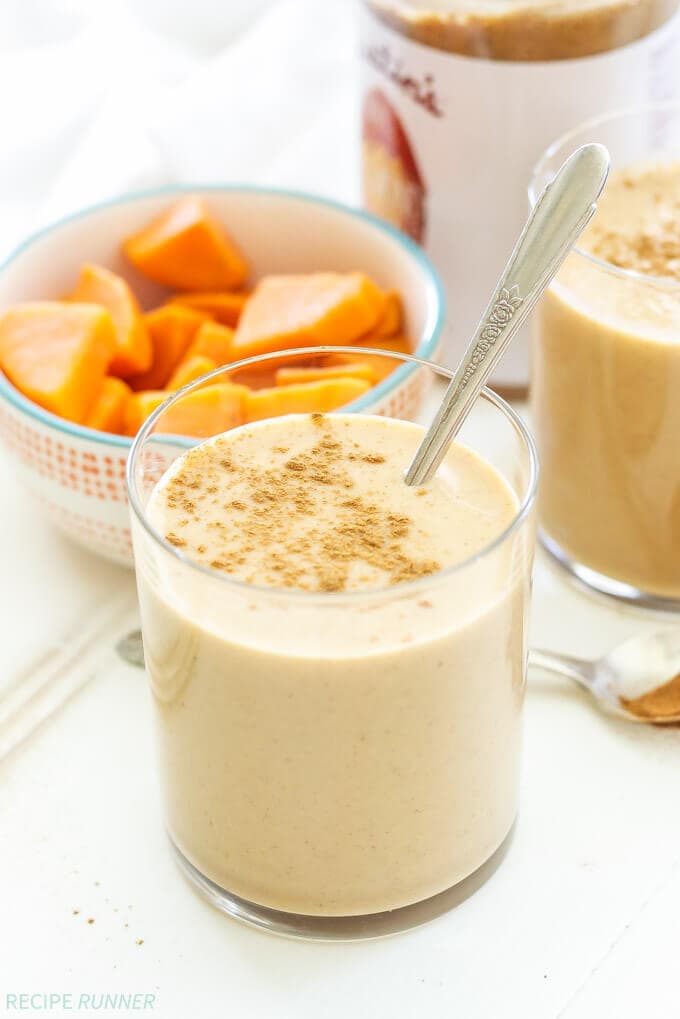 Hi everyone! Danae from Recipe Runner here today. I suppose you’re probably confused as to why you’re staring at this Cinnamon Sweet Potato Almond Butter Smoothie recipe smack dab in the middle of fall. A nice warm casserole or a pumpkin or apple dessert probably would have made more sense. However, I’m one of those people that will eat or drink cold things even in the middle of winter. 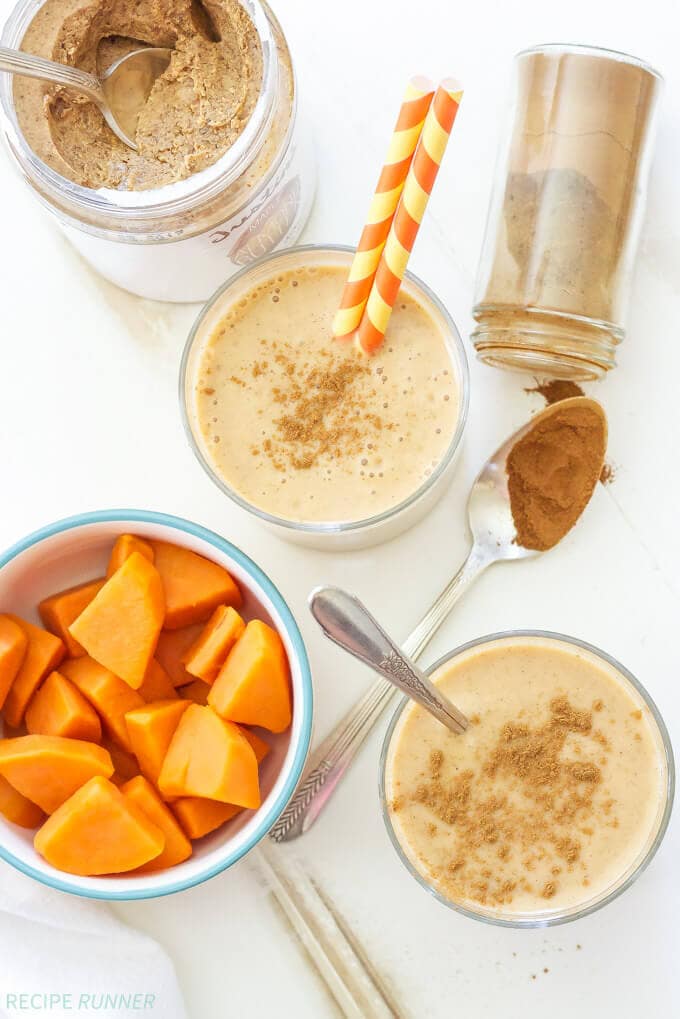 True story. Last winter I made my husband drive me to one of my favorite ice cream shops about 10 miles from our house, in the middle of a snowstorm. It started out as a light snow, but by the time we got there you could hardly see the car in front of you. Of course we pulled up to the front of the shop and it was closed due to the bad weather….my husband was not amused. 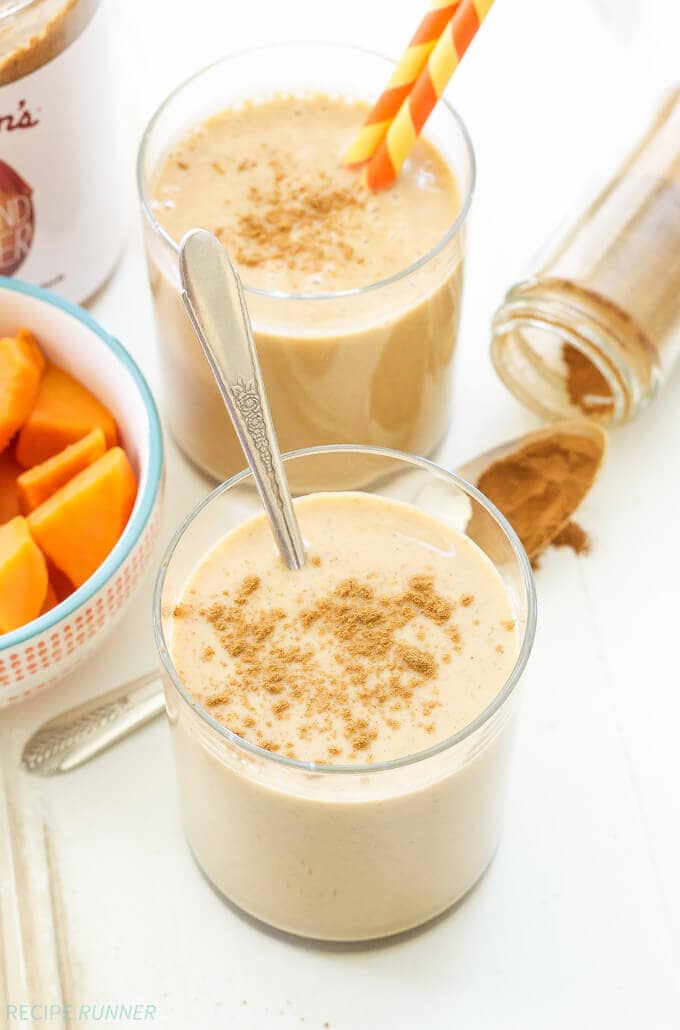 On top of craving ice cream during a blizzard, I’ll still get smoothie cravings during the cold months too. Of course I love a hot bowl of oatmeal after a cold run, but I’m always up for a cold creamy smoothie to go with it. The difference between my summer and fall/winter smoothie cravings is what goes into them. In the summer I’m all about adding tons of berries and tropical fruit to my smoothies, but during the colder months I prefer to use warm spices, nut butters and vegetables like sweet potatoes, pumpkin puree and carrots. 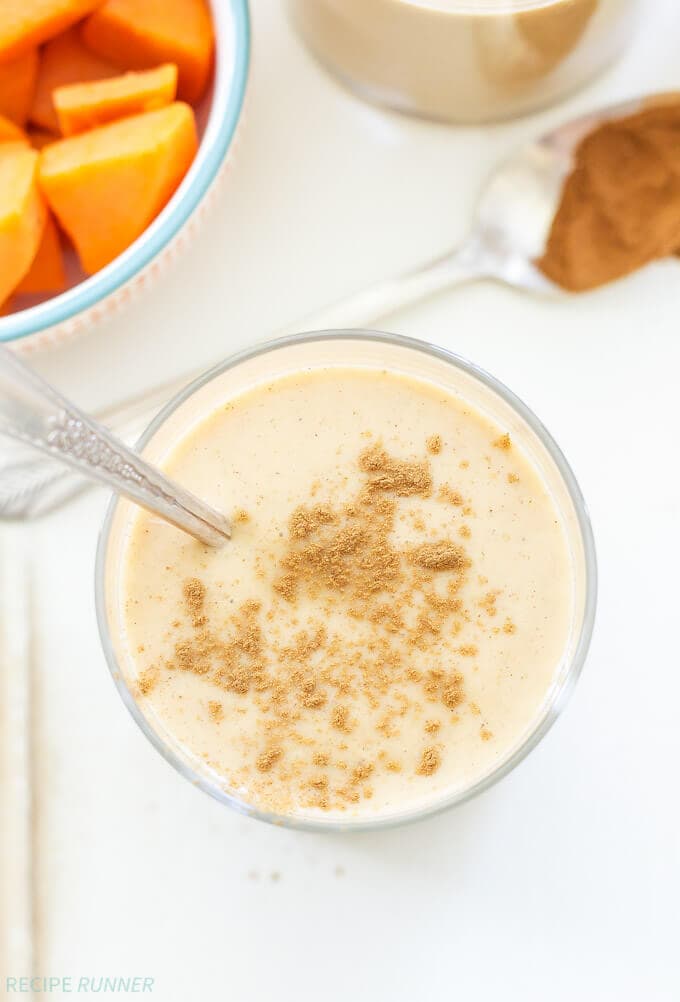 It might sound a little odd, but think of them as tasting like your favorite fall pie or cake. Even though it’s still a cold drink the flavor is warm and comforting. The flavor of this Cinnamon Sweet Potato Almond Butter Smoothie is similar in flavor to a piece of sweet potato or pumpkin pie and who’s going to turn that down! The smoothie also happens to be vegan, gluten free and only uses a teaspoon of maple syrup for sweetness. Since there is already sweetness from the sweet potato and part of a banana is also used, it really didn’t need much more. Don’t put that blender away until you’ve tried this fall flavored smoothie! 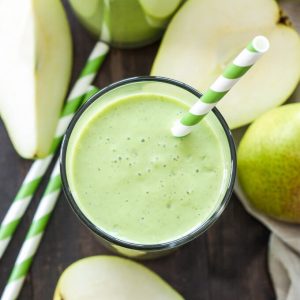 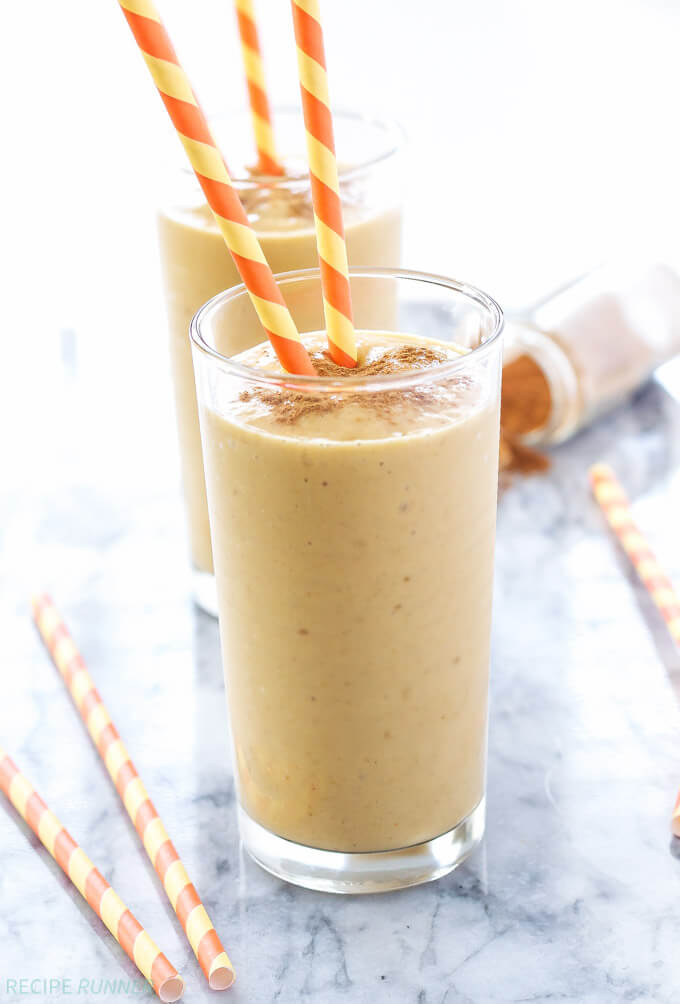 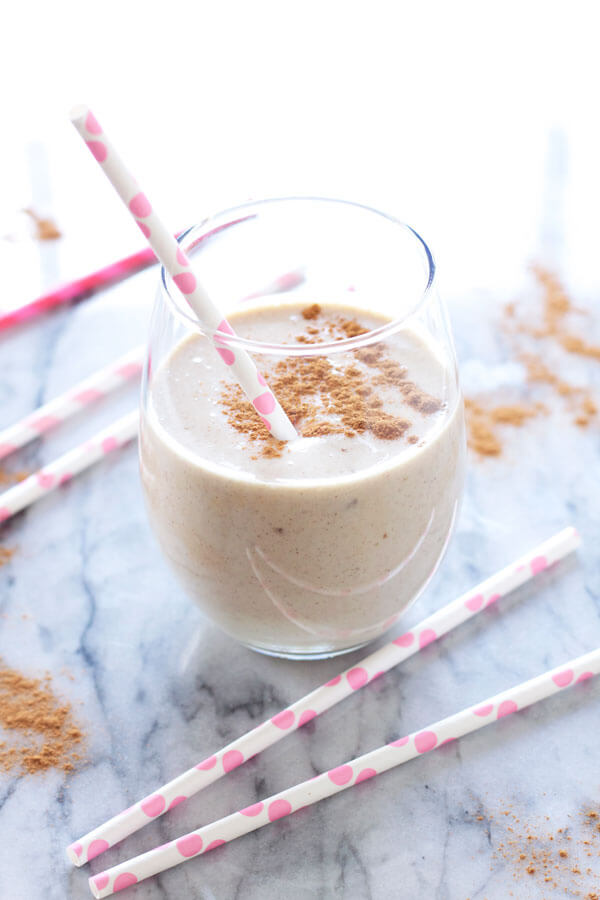 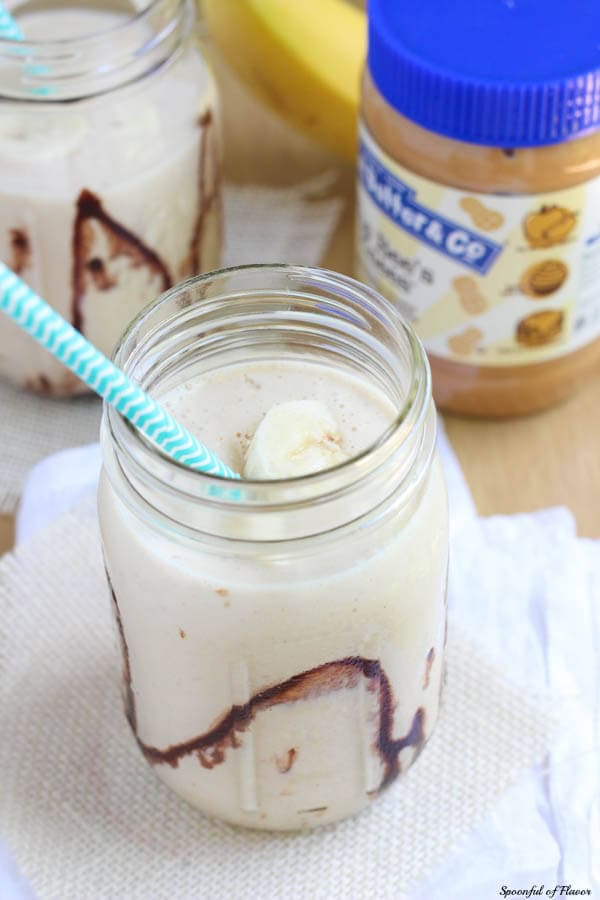 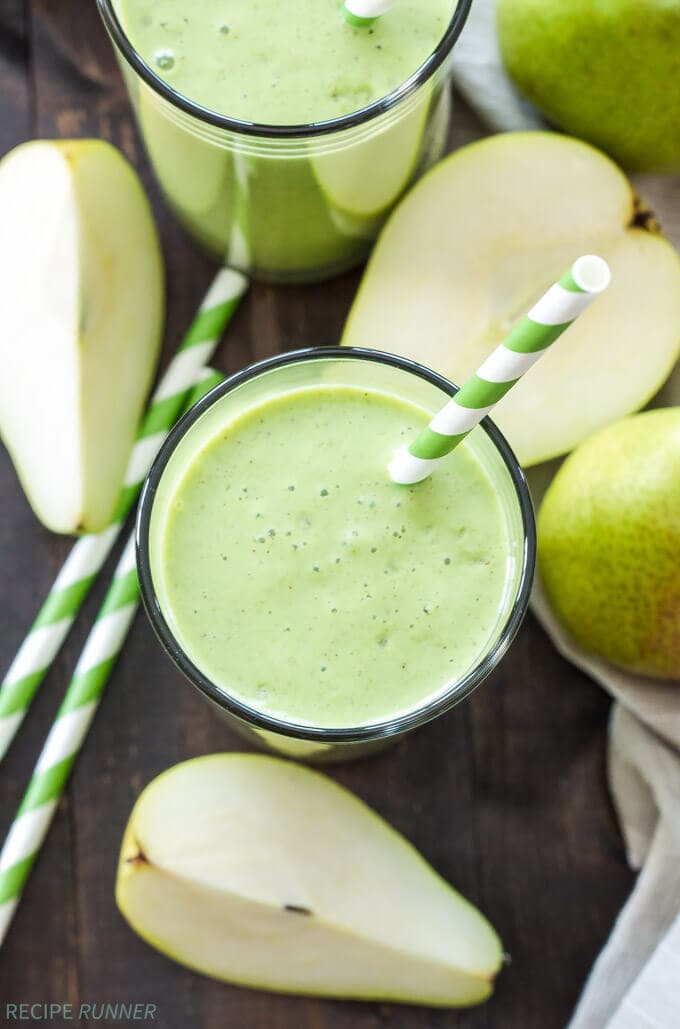 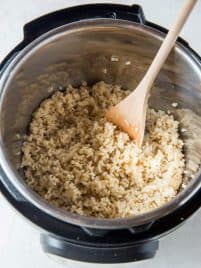 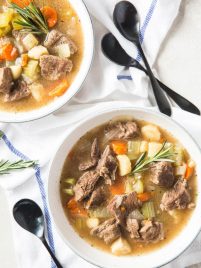